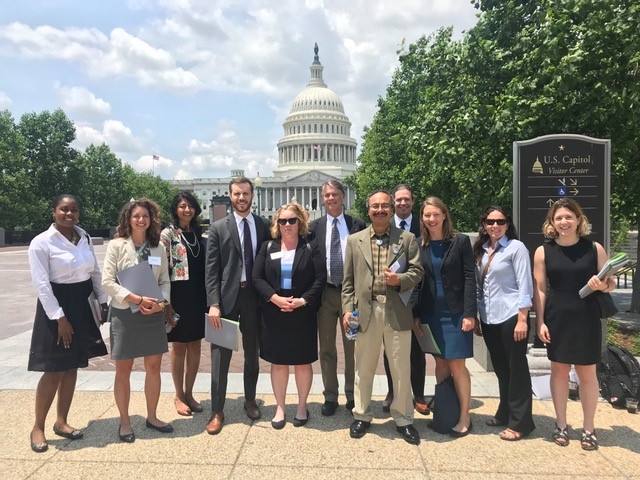 Paola Hernandez recently accepted the directorship of the Center for Visual Cultures.  The Center sponsors a yearlong speaker series and supports the interdisciplinary study of visual cultures on campus.

Mary Louise Gomez has published an invited article titled “Critically reflecting on the discourses that guide our thinking, speaking, and actions: Developing a new literacy” in the Journal of Language and Literacy, as well as two co-authored articles with A.S. Lachuk in Teaching Education and The European Educational Researcher.

Armando Ibarra published The Latino Question:  Politics, Laboring Classes and the Next Left with Pluto Press.  His co-authors are Alfredo Carlos and  Rodolfo D. Torres.

Michael Light was promoted to Associate Professor of Sociology.  Prof. Light was the featured speaker at the CLS graduation ceremony in May 2018.  His article, “Does Undocumented Immigration Increase Violent Crime?”, co-authored with Ty Miller, appeared in the journal Criminology. With Joey Miller, he also published “On the Weak Mortality Returns of the Prison Boom: Comparing Infant Mortality and Homicide in the Incarceration Ledger” in the Journal of Health and Social Behavior.

Benjamin Marquez is teaching after spending a semester-long sabbatical as an Honorary Fellow at the Institute for Research on the Humanities.

Rubén Medina’s Perros habitados por las voces del desierto: Selección, introducción y notas, an anthology of poetry by leading figures in the infrarealist movement, was published in Chile.  Prof. Medina is among infrarealism’s founders.  Previous editions of the book have appeared in Mexico. He was interviewed recently for the Madison Capital-Times.

Alfonso Morales (below, 3rd from right) testified before Congress over the summer about his USDA funded research at the “Agroecology Day on the Hill” at the invitation of the Union of Concerned Scientists.

Mariana Pacheco published “Learning and Becoming Writers: Meaning, Identity, and Epistemology in a Newsroom Community of Practice” in  Mind, Culture, and Activity. For 2018-2019 she secured a School of Education Grand Challenges Transform Grant for a study titled “Socio-critical Literacy for Community Change and Equity: Participatory Action Research with Bilingual Hmong and Latino Youth with/out Disabilities.” Her co-PIs are CLS affiliate Taucia Gonzalez and Yang Sao Xiong.