The Chican@ & Latin@ Studies Program is delighted to announce that Dr. Benjamin Márquez and junior Katheryn Saavedra-Ballesteros are the winners of the 2022 Somos Faculty and Student Development Awards. 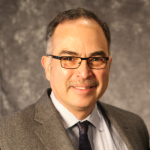 Dr. Márquez is a Professor of Political Science.  His research focuses on Mexican American politics and the politics of race and ethnicity in the United States. Dr. Marquez is the author, most recently, of The Politics of Patronage, the first book about the Mexican American Legal Defense and Educational Fund, the influential work it has done for the Latina/o community, and the issues stemming from its dependence on large philanthropic organizations. He will use the Somos award for research on a project titled “The Professionals: Latinx Advocacy in the Age of Grantmaking.” 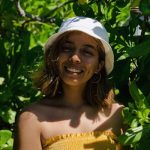 Katheryn is a UW-Madison Junior pursuing a BA in Early Childhood Education with English as a Second Language Certification, along with certificates in Chican@ & Latin@ Studies and Educational Policy Studies.  She also serves as an undergraduate research fellow at the Center for Research on Early Childhood Education and as a peer mentor for the Chadbourne Residential College.  Katheryn will use her Somos award to support an unpaid internship this summer in Seville, Spain, where she will teach English to Spanish speakers.

The Chican@ & Latin@ Studies Program takes applications for the Somos Professional Development and Student Awards every Spring.  The awards are supported by the generosity of Dr. Andrea-Teresa Arenas with proceeds from the sale of her book Somos Latinas, and by her husband, former Chancellor John Wiley. The awards will support professional, academic, or artistic initiatives.